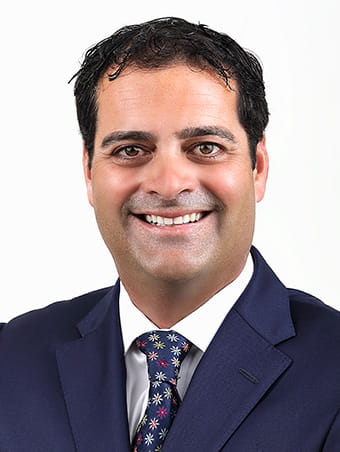 John is a Southern California native, born in San Diego and raised in South Orange County. After graduating from the University of Southern California, Marshall School of Business, John began his career in financial services as an Internal Wholesaler for Metlife Investors in 2001. He was soon promoted to External Wholesaler and has worked with financial advisors in Philadelphia, New York City, and Los Angeles.

John is Founder and President for Golden State. In addition to his role as a wealth manager, John oversees both firm growth and advisor growth initiatives. He recognizes opportunities to work with and help advisors achieve their vision, paying close attention to their personal and business goals. From the initial recruiting process, to completing a successful transition, and forward-looking business planning, John remains attentive to each member of the Golden State team.

John lives with his wife Jennifer and son Jayden in Laguna Beach, CA. In his free time, he enjoys surfing, skiing, mountain biking and sailing. He is also a member of the Alpha Tau Omega Alumni association, the National Eagle Scout Association, and the Long Beach Yacht Club.

Are you ready? Let’s uncover the possibility of working together.